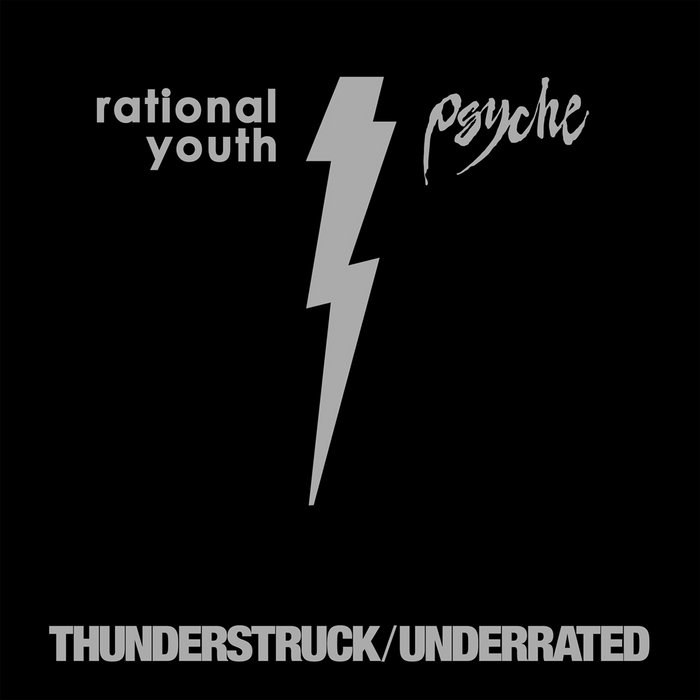 It happened this year in Sweden. Rational Youth reunited for their first shows in Europe in well over a decade, supported by fellow-Canadian, though now long-time ex-pats Psyche. Both artists have a dedicated fan-following, and whether you take Unveiling the Secret or Cold War Night Life, The Crawler or Holiday in Bangkok, both artists have left an undeniable mark on the synthpop scene both in Canada and in Europe.

We are not really sure who came up with the admittedly kitsch idea of covering the AC/DC classic Thunderstruck, but after seeing it performed live as an encore from Stockholm to Malmo, we were sold. The familiar melody makes a killer analogue synthline, and the vocal performances by Tracy Howe and Darrin Huss are bang-on. Surely, tongues are firmly planted in cheeks on this one, but you've never had more fun, and after all that is what synthpop is all about. It's also a revenge song of sorts: Psyche's Synthpop revenge on all those years of bullying by AC/DC fans for listening to New Wave stuff like Gary Numan while in high school. By having fun with such an iconic stadium rock tune, the artists are bridging a gap in diversity.

The exclusive b-side Underrated is an original track that combines the best elements of Psyche and Rational Youth, with Howe's almost deadpan style creating the perfect counterpoint to Huss' crooning. Underrated is a spontaneous electro wonder created by Kevin Komoda, and brought to a frenetic final statement on unsung heroes by Darrin, Tracy, as well as Gaenor Howe on vocals.

The 7" vinyl is released on Artoffact Records in three colours:

The record comes in a 3mm spined-sleeve and is a design replica of the original 1990 Australian-issue sleeve for AC/DC's own Thunderstruck 7". Both the iconic thunderbolt and the artist logos are done in a silver pantone. MP3 download coupon is also included.

This profile is managed by the guys at Storming the Base. If you order from here your email will be added to their mailing list, but that's what you always wanted, right?

Bandcamp Daily  your guide to the world of Bandcamp

Exhumed and Gruesome's Matt Harvey checks in, with jams from Cannibal Corpse, Midnight and more